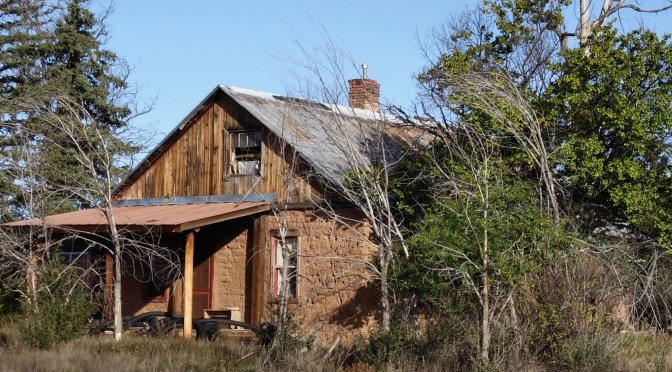 Gold had been discovered in the San Juan Mountains of Colorado by John Baker’s party in 1860. The Civil War put the rush of miners on hold for a brief period. The fact that the land belonged to the Ute tribe complicated matters.
A treaty in 1868 established a reservation for the Ute Tribes. It encompassed roughly one-third of Western Colorado. It was designed to remove the Tribes from land deemed desirable to the Anglo-American settlers.
By the late 1860s, miners were encroaching upon Indian land and by the early 1870s had poured into the San Juan Mountains, disregarding treaty provisions. As long as they stayed in the high mountains around Silverton, trouble was kept to a minimum. But as Anglos began filtering into the valleys, tensions increased.

The Brunot Treaty of 1874 provided for land in the high mountains to be ceded to the government for settlement. In return, the Utes would retain hunting rights in the San Juan Mountains and control of the area along the Colorado/NewMexico border.
In 1874, per Presidential Executive Order, the area along the Animas River between the Colorado state line and Farmington, New Mexico became part of the Jicarilla Apache reservation. This area was a buffer between the feuding Southern Utes and the Navajos. The Jicarilla Apaches refused to take possession because the land was not within their tribal range. It was also adjacent to their traditional enemies, the Navajo.
By 1876, the Apaches had still not taken possession of the land and the Executive Order was rescinded. By another Executive Order, the land was opened for settlement in 1878.

By 1884, settlement in the area between Cedar Hill and Riverside, NM was well underway. The first settlers in the area were cattlemen and sheepmen from Colorado and Texas. They settled along the San Juan, La Plata and Animas Rivers. By 1881 there were as many as 1,000 settlers in these valleys.
The land north of the New Mexico border, which was known as the Ute Strip was still on Ute land and not available for homesteading. By Presidential Proclamation in 1899 unallotted portions of the Ute Strip were opened for settlement.

The homesteading of Elco Colorado

The first homestead in the newly opened area was that of James Frazier. The area was first known as Five Mile Mesa to the homesteaders.
The Nicholson-Sease Stage Line and various wagon freighters would pass thru the little settlement on their trips between Durango, Colorado and Farmington New Mexico. It would become a United States Post Office in 1905 and the name would officially become Elco, Colorado.

Arrival of the Railroad

In August 1905 the Denver and Rio Grande Railroad branch line to Farmington, New Mexico reached Aztec, New Mexico and began service later that year. The tracks were laid on the opposite bank of the Animas River from Elco.
William Burton Bonds, known as “Dad Bonds”, along with his team of Percheron draft horses hauled timbers and ties for the railroad construction crews. The railroad named the station after William, calling in Bondad. Bondad, Colorado became the name of the community, much to the consternation of some of the jealous neighbors who wanted it to be named after themselves.
The Bondad station became the drop-off point for the mail as well as a passenger stop. As far as I can tell, Elco was still the name of Post Office, school, and cemetery.

Sometime between 1905 and 1910 the Bondad wagon bridge was built by James Frazier with the help other neighbors in the Five Mile Mesa area. Emma Frazier continued as postmaster and mail carrier with help from Olive Frazier, Mrs. Temple Cornelius, and Stella Frazier. The Post Office closed in 1914 due to financial reasons. Many rural offices closed at this time. The RFD (rural free delivery) system may have come into play. Also, the “Great War” in Europe was raging and United States involvement loomed on the horizon.

//embedr.flickr.com/assets/client-code.js
By 1910, Elco had a school with 35 students, ages 6-16 years old, grades 1-8. The school was located near the Frazier home and doubled as the church on Sundays. The school closed, most likely around the same time as the post office as schools were being redistricted.
The communities in the area, although separated by distance and politics (some in Colorado, some in New Mexico) were all close-knit. Sunday picnics and other social gatherings were well attended in Sunnyside, Elco, Riverside, and CedarHill.

One of the main forms of transportation outside of wagons and buggies were hand cars operated by the railroad. They were used to transport workers along the new railroad line. They were hand pumped, but still light enough to be lifted from the tracks and hidden in the underbrush when not in use by the railroad workers. This, however, didn’t keep them from being used by mischievous teenagers.
At times some of the local teenagers would sneak a hand car and go for a joy ride. One of the favorite places was a swimming hole where the Florida River entered the Animas. The Frazier house was just up the hill from the wagon bridge and Mr. & Mrs. Frazier had an ice house. That meant ice cream.
Folks didn’t have to wait for the next train to travel to visit their neighbors. Handcars were apparently available for public use. Photos show as many as eight adults piling onto a hand car and pumping their way to the next stop. Along with the pump hand cars, there were “no-pump” cars. These were coupled to the pump cars and more folks would be able to travel quickly between settlements.
Later on, motor cars were available and no pumping was required. One could buy a four horsepower car for $85. For a few dollars more, you could upgrade to a six horsepower car.
On Friday nights there were parties at either Elco, Sunnyside or Riverside. On Sundays, church services were held at the Elco schoolhouse.
Some of the boys found another use for the hand cars. They would tie their horses to them, sit on the hand car, hold onto the rope and see how fast they could get them moving then let go of the rope. If they had started from Sunnyside or Elco, they would have to, of course, pull them back uphill.

Nothing is left of Elco today except the cemetery and the Bonds Ranch. The Frazier home still stood in 1971. I have included a photo of what might have been their home. It is the only one left constructed of adobe brick in the area. The Bonds Ranch was the home of Edward and Josephine Bonds. Josephine was the daughter of Edward Hendricks. The Hendricks family was one of the original homesteaders in Riverside, New Mexico, 4 miles to the south. The Bonds Ranch is still family owned and operated.

I hope you have enjoyed my article. I have strived to be as accurate as possible. If you have any comments or additional information please contact me and I will make additions or corrections.

If you would like email updates about posts to my website, you can do so by completing the form in the right column.
Bill

A special thanks go out to Linda Bonds for her photos, the handwritten documentation of the Hendricks/Bonds family history by her grandmother Josephine Hendricks Bonds and my interview with her in April 2016.

Also to Susan from a brief email chat and more photos.
Thanks to Linda and Jeff Jahraus for their story about Elco, CO-written by Mrs. John Bryce, at Jahraus Living, Elco, CO

The author's photographic journey through the Four Corners